West Side Story is a classic for a reason. From the iconic choreography to the timeless tunes and universal themes, this re-telling of Romeo and Juliet still manages to connect with audiences today. Like many other classic musicals, it is a long show that requires a solid vision and strong cast who are willing to give their all to the piece in order to make it as exciting for today’s audiences as it was in 1961. 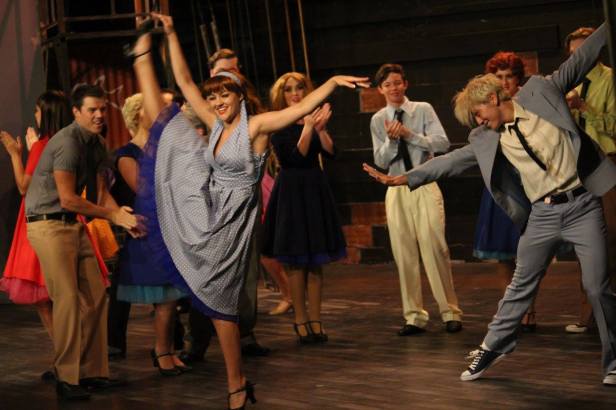 This is exactly what Gold Coast Little Theatre’s production has achieved. With absolutely seamless direction and choreography by Kim Reynolds, this production could very easily be mistaken for professional. The minute the Prologue sequence starts, the sharp movements of the Jets transport you to 1950’s Upper West Side, New York with a single click.

Whilst GCLT’s theatre is small it allowed an intimacy I had never experienced before with this musical. The set design, in its simplicity and dark colour palette, created an atmosphere that added to the drama. It also allowed smooth transitions between scenes that were genius in themselves.

The Jets were definitely a highlight of the production, with every member as strong as the other in performance skills. Their number in the second act was truly a show stopper that had the audience in fits of laughter. This group of talented young men are definitely ‘the greatest.’

Susanna Treacy played a loveable and sweet Maria. Her vocal performance was absolutely breathtaking as she took on some of the most iconic and well-loved songs in the score. Jack Harbour’s vocals were not what I’ve come to expect from Tony, however, they provided an element of the twenty-first century to songs such a Tonight and Something’s Coming. Whilst both had wonderful chemistry in these roles, kissing each other constantly does become exhausting very quickly from an audience member’s point of view. 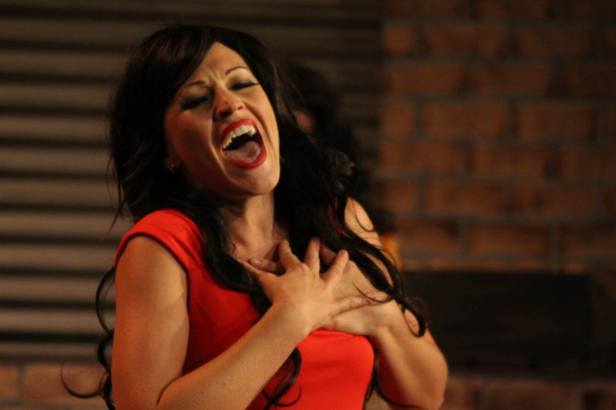 Cat Deller and the role of Anita were a match made in heaven. She is everything that you want and more in this character – fiery, strong, vulnerable and, to top it all off, can belt the house down. Brava!

An honourable mention must go to Jordan Briggs for the small but absolutely hilarious performance as Gladhand in ‘The Dance at the Gym’. This was a comedy performance that I’m sure provoked ugly snort-laughing.

This production is not one to miss.

West Side Story runs through to the 13th of February.

Head to http://www.gclt.com.au for further information.

Three years ago, I created this little theatre publication. I was 20 years old, a second year Journalism/Arts student and had a strong desire to showcase all of the incredible talent that I saw in the Australian theatre industry. In these three years, this little publication that could kept reaching more and more people through all of the reviews, interviews and articles published. It shone the spotlight on so many upcoming artists as well as those already well-established in their careers. However, as things inevitably grow and change, so do people, including myself. It is with this post that I am announcing an indefinite hiatus for Theatre Buzz AU. The works published will always remain on the site and the social platforms will still always be there for your enjoyment. I would like to thank all of the writers, reviewers, performers, interviewees, publicists and PR agencies for all of their support in providing valuable content for our readers. I would also personally like to thank everyone who ever read, shared, liked or commented on any Theatre Buzz AU content. Here’s to the Australian theatre industry and may it continue to grow and change for the better. With many thanks, Jackie Turner Editor-In-Chief/Creator of Theatre Buzz AU
Our review of North by Northwest, currently playing at @atqpac is now on our website [link in our bio ✈️] 📸 by Darren Thomas
Our interview with the beautiful and extremely talented @lauren_jimmieson is now on our site (link in bio 🌻) 📸: @iamrubysam
Our review of The Wild Party is now on www.theatrebuzzau.com (link in our bio) 🍸✨ 📸: Blake Condon
Our review of Tash York’s Badass is now available on our site (link in bio) 👊💥
Exciting new content coming soon 🎭