After playing sell-out seasons in 2015 at the Adelaide Fringe, Edinburgh Fringe, and Sydney Opera House and a smash-hit run at Brisbane Festival, VELVET is returning in 2016 for an encore season. 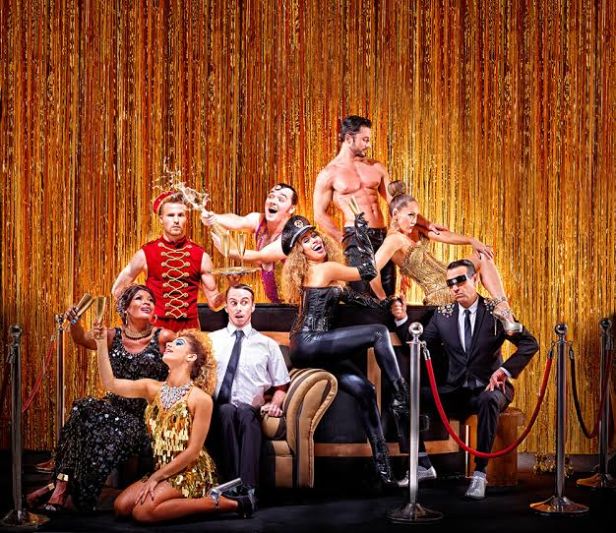 When a young ingénue, Brendan Maclean, slips behind the red velvet rope at the glamorous nightclub that isVELVET, he encounters dazzling acrobatics, disco divas, seductive chanteuses and a hot, pulsating atmosphere. It changes him and empowers him! The performance follows his seduction and his transformation.

VELVET shocks, surprises and scintillates at every turn. It’s a party, it’s dangerous, it’s electrifying, and the exhilarating disco soundtrack never lets up from the opening moment. Each performance invites the audience into an intoxicating glitter ball world where the performers and the audience walk the fine line between the romantic and the audacious.

The Queensland Performing Arts Centre (QPAC) is located within Queensland’s vibrant cultural precinct at South Bank, Brisbane. The Centre is focused on creating a world where the performing arts matter to everyone. Visit www.qpac.com.au to learn more about Queensland’s Centre for live performance and the range of exciting events and initiatives on offer year round, including weekly tours here. To come a little closer to QPAC find out more about QPAC Membership here.

This trip to Boogie Wonderland is a gold-plated hit.
The London Times, UK

VELVET completely redefines cabaret as a disco inferno … shocks, surprises and scintillates at every turn. Each and every act had the audience roaring with delight. *****
The Advertiser

Velvet is a dizzy delight of a party experience to which everyone is welcome.

If you’ve a penchant for disco, sequins, or a damn good show, look no further. Just leave your inhibitions at the door.

One of the most exciting, engrossing and intelligent pieces of theatre I’ve seen this year.

View a taste of VELVET here

Three years ago, I created this little theatre publication. I was 20 years old, a second year Journalism/Arts student and had a strong desire to showcase all of the incredible talent that I saw in the Australian theatre industry. In these three years, this little publication that could kept reaching more and more people through all of the reviews, interviews and articles published. It shone the spotlight on so many upcoming artists as well as those already well-established in their careers. However, as things inevitably grow and change, so do people, including myself. It is with this post that I am announcing an indefinite hiatus for Theatre Buzz AU. The works published will always remain on the site and the social platforms will still always be there for your enjoyment. I would like to thank all of the writers, reviewers, performers, interviewees, publicists and PR agencies for all of their support in providing valuable content for our readers. I would also personally like to thank everyone who ever read, shared, liked or commented on any Theatre Buzz AU content. Here’s to the Australian theatre industry and may it continue to grow and change for the better. With many thanks, Jackie Turner Editor-In-Chief/Creator of Theatre Buzz AU
Our review of North by Northwest, currently playing at @atqpac is now on our website [link in our bio ✈️] 📸 by Darren Thomas
Our interview with the beautiful and extremely talented @lauren_jimmieson is now on our site (link in bio 🌻) 📸: @iamrubysam
Our review of The Wild Party is now on www.theatrebuzzau.com (link in our bio) 🍸✨ 📸: Blake Condon
Our review of Tash York’s Badass is now available on our site (link in bio) 👊💥
Exciting new content coming soon 🎭